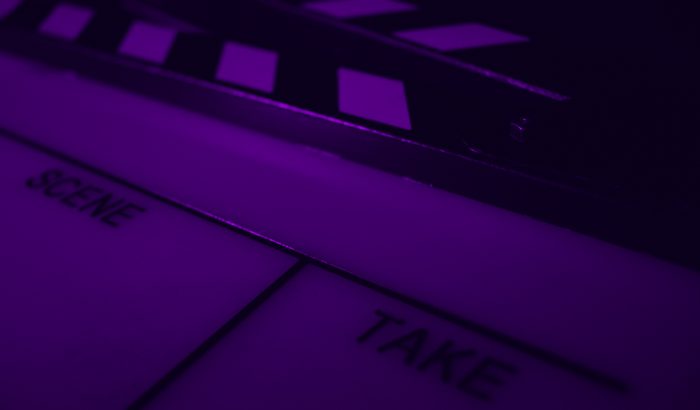 Is it ok for a leader of a publicly funded arts organization to create a toxic work environment, constantly demoralizing the staff, with no recourse for staff to report bad behaviour or abuses of power?

Is it ok for this same leader to use profane, socially backward and mean-spirited language at the workplace, in the presence of staff, members and guests? What about using the N-word?

This is where it’s at with the Winnipeg Film Group (WFG). An unforgettable incident in 2018 had the Executive Director Greg Klymkiw mimic a black rapper. “Oh no,” I thought, knowing exactly where this was going. Sure enough, with startling ease, the n-word fell from his mouth. Several others were present along with myself, two coworkers and another WFG member. I immediately told him, with the others present, that the n-word was unacceptable in my presence, at the WFG offices, ALWAYS! He actually tried to argue about it, didn’t apologize or indicate any level of contrition. Looking back, it’s clear he deeply resented my educating him on this issue.

The N-word provocation was a singular episode in my experience at the WFG, but far from the only example of vulgar, offensive and inappropriate behaviour on the ED’s part. Regardless of who was in the office, he’d LOUDLY let loose a stream of expletives and never missed a chance to rail against “LOSERS” — the target shifting from independent filmmakers to the entire local film industry to WFG members, folks applying for grants, job positions, you name it… Like a school yard bully he relentlessly blurted out mean-spirited language about good people, friends, peers and colleagues, and threw unfiltered tantrums inexcusable in an adult. Equally loud were his constant complaints about being in Winnipeg, a city for which he expressed open contempt. I recall also his inability to grasp difficulties faced by local black filmmakers, immigrants and the children of immigrants: “why weren’t they more like black filmmakers in Toronto?” All so sad. Remind you of anyone?

Such behaviour is all the more outrageous from the top executive leader of a small non-profit devoted to the film arts. Please, no more “good old boy” excuses. I asked the ED on many occasions to tone down his trash talk in the office and in public — not only was it unprofessional, it made ALL employees uncomfortable.

I have tremendous respect for and highly value the hardworking staff at the WFG who I served with for six years. I want to express my solidarity with the staff members, people dedicated to the art of the moving image, who work hard to deliver for the membership and broader community. I’m a witness, I experienced it, and it pains me to see my peers demoralized and working in a toxic environment lacking transparency and support for the staff.

Last year, this same ED published a “tribute” in the May 27th WFG newsletter to “Ben Williams: The Epitome of Cool” in which he praised my “jive,” quoting without an inkling of its meaning a poem by Langston Hughs. The piece was published just as mass anti-racist protests were raging over the border. It focused almost exclusively on my blackness (“Oh yeah, Ben Williams has soul… Ben digs it all…”), while otherwise reading like an obituary, eg. “His legacy here is firm and eternal.” What is that, was I dead?!?! He had the audacity to imply that I left the WFG on my own accord in a public facing document. Not mentioned is that he axed my six years of employment six weeks earlier, just six days into the first Covid shutdown in Manitoba. No warning, no notice, no reason provided, then or since. (see newsletter attached)

I wrote multiple times to the WFG board, then under Shelagh Carter’s leadership — June 23, July 2, July 16, Aug 9 — requesting a meeting and addressing the ED’s ethics, temperament, racially charged comments and abusive behaviour, and on Aug 9, noting the board’s failure to do the right thing will cost the organization well beyond the legal and Blue Dragon Consulting fees stacked up by the board for the WFG to pay. The membership has the right to see the financials and my letters amongst other relevant documentation.

Upholding basic ethics is essential to meeting the challenges facing the WFG. I loved working for the film group, with film artists of every discipline, background, gender, age. Building bridges and breaking down boundaries is important work, urgent and essential especially for all those facing historic barriers of systemic racism and pervasive sexist chauvinism. This work was integral to all my efforts on behalf of the WFG. Regardless of the WFG’s future, I’m glad to have worked there, grateful for the experience and important friendships formed, and proud of my contributions.

It’s supposed to work like this: The ED answers to the board. The board answers to the membership. Both the dedicated staff at the WFG and the entire membership, as well as the communities whose tax dollars go to the arts, deserve better. This is the first meeting of the membership to be held since December 2, 2019. We need transparency and accountability if we are to go forward. Let’s make this meeting matter, and put the WFG on a course that will survive and thrive as a cherished cultural acquisition for film artists in this city of all backgrounds and communities. I’m proud of the rich talent that exists here, so much of which is yet to be tapped.